Butt Mullins is a family run business. We are known for our warm customer service and attention to detail for over 30 years. We serve Irish European dishes, devised by our chefs with quality, affordability and variety in mind. Butt Mullins holds a full bar license with an extensive wine list. Our Manager Malachy with his heart warming personality; along with his highly efficent team will always have a pleasant welcome for you. We hope that you will enjoy our unique setting and perfect ambience. We look forward to welcoming you.

Butt Mullins Restaurant has been awarded the TripAdvisor Certificate of Excellence from 2013 - 2019 & Travellers' Choice Award for 2020.

We were awarded the Restaurant Guru Certificate of Excellence for 2022.

We are also the Leinster winner of the Irish Restaurant Awards "Best Casual Dining" category in 2022 ! 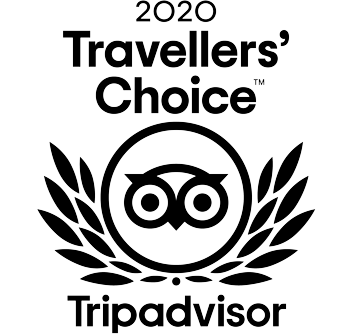 Butt Mullins was a jarvey who lived in the town of Naas in the early part of the twentieth century. At that time, a small hotel existed here on the site of the present-day restaurant. Butt, a well-known and colourful character, spent much of his time moving people back and forth between the hotel and the nearby railway station. He was famous for bringing people on ‘the scenic route’. He was also known to be one of the most loyal regulars in the hotel bar and it seems that neither he nor his horse was ever ‘killed’ from over-work! The train was on the Sallins – to – Tullow line and closed in the early 1960’s.

Butt Mullins Restaurant is situated within the old town walls. It is believed that one of the old town gates stood on this site. During recent reconstruction, several large granite stones bearing medieval markings were found in the back wall. These granite stones are believed to be part of the friary or monastery known to have existed on or near the site.

The town of Naas was known as Nás na Rí (the assembly of the kings). This gives us some clue as to the history of the town. Naas was a significant centre in the ancient Kingdom of Leinster and held an important position on the ancient road between the seat of the High King of Ireland (the Ard Rí) at Tara, to the north, and the Kings of Munster, to the south. Early records recall the ‘Kings of Naas’, the battles fought around and in the town, the assemblies held here, and tributes paid. The Moats of Naas (earthen fortifications) were recorded in ancient documents as being almost impregnable. Only one in seven of the moats still stands today, behind the town hall.

In June 1206, King John held a parliament here in Naas. St. David’s Church recently celebrated over seven hundred years of continuous active existence in the town, reflecting the importance of the Anglo-Norman influence on the history of the county.

County Kildare is the acknowledged centre of the Irish thoroughbred industry, with the Curragh Racecourse, home of flat racing, dating back to 1741 and Punchestown holding it’s first meeting in 1824. In June 1924, Naas Racecourse held it’s first official meeting, including flat, hurdle and steeplechase races. The Irish National Stud is located just outside the town of Kildare, beside the Japanese Gardens.

We look forward to welcoming you to enjoy our unique setting and perfect ambience. All of our food is cooked to order. All dietary requirements are catered for.

Review Us on Google+

Sónia Adão
14:45 18 Aug 22
This is now one of my favourites in Naas. The people and the atmosphere strike you as a familiar, even if it’s the first time you go there. You feel at ease, ready for a relaxing, enjoyable meal.And then the food comes. A generous portion nicely presented, but it’s the smell that gets you. You just want do try it. And then you want to make it last.I ate the duck (so enticed by it I forgot to take pictures), and while every element on the dish was perfectly cooked and pleasant the magic really happened when you a bite of everything. It’s a journey. You are hit by multiple flavours at different times, and the one you get first is not the same you end up with, but each one is pure joy.I knew then I would return. And more than once.I finished with a perfect pavlova that made me sad when it ended (I was sharing), but the star of the show was the duck. I could say I’ll post a picture of it next time I go there, but it might take a while: there’s a whole menu I want to go through first

Magdalena Kutyla
17:48 29 Jun 22
O wow! You better be hungry when coming to Butt Mullans.. what a place. They welcome you with a smile, serve amazingly quick, have wonderful food (we went today with a catch of the day and a burger- simply delicious!!) This was a good recommendation!! It was soo lovely to meet Kasia, Mulcahy and Darragh. Hats off to the two Polish Chefs in the kitchen

Aisling Heary
09:16 06 Oct 21
First time in Butt Mullins last night for my partner's 30th birthday. As it was a Tuesday evening we went for the early bird menu which was excellent value. The food was absolutely delicious and the staff were so accommodating all evening. Our server was extremely friendly and full of humour! The birthday dessert was a lovely touch and overall it was an evening to remember! We will definitely be back! Thanks again guys 😊
‹
›

Review us on Tripadvisor

Review us on Tripadvisor